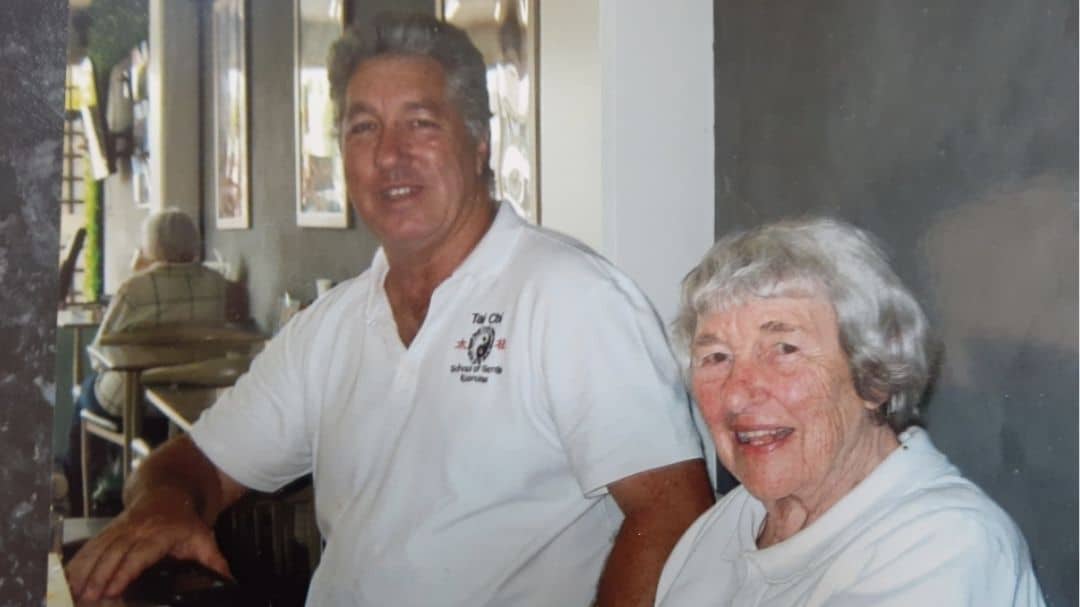 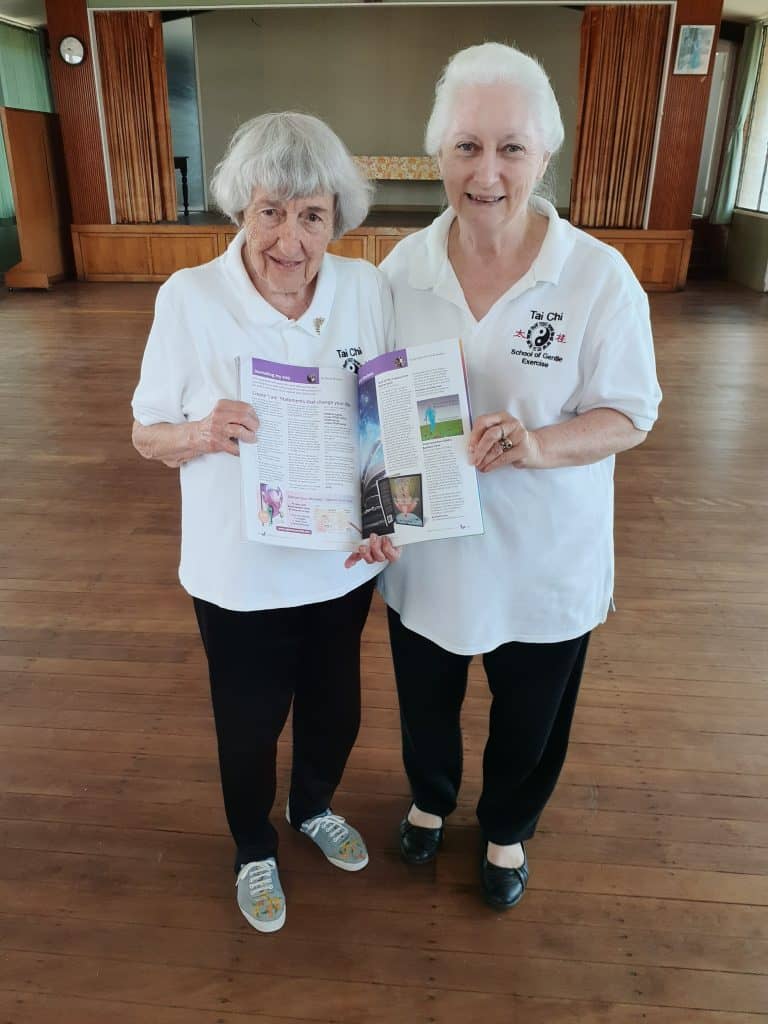 Tai Chi is based on the ancient Taoist philosophy of Yin & Yang. This represents opposites in the universe. There is a heavy emphasis on balance whilst extremes are to be avoided.

There seems to be some debate when Tai Chi developed, but it is believed it was created over eight hundred years ago. When Chinese scholars, doctors, philosophers and martial artists realised that stress, depression and physical inactivity impacted adversely on the body, they recognised the need to do something about it.

What is clear is that the exercise system that was established would develop relaxation, breathing, fitness, good health and a positive mental attitude.

I attend the Tai Chi School of Gentle Exercise. The Principal, Glenn Blythe, established the school in 1982. Though he has been training in Tai Chi for over thirty-eight years and running his school for over thirty-five years, he never professes to be an expert, yet watching Glenn perform Tai Chi is a thing of beauty. His movements are exactly what you’d expect to see when you hear the definition of Tai Chi. In demonstrating where he is within the discipline, Glenn always acknowledges those who preceded him, those from whom he learned.

When Glenn instructs, he slowly teaches the basics such as Joint Alignment, Posture and Spinal Alignment. He shows that when the posture is correct, gravity doesn’t become caught in muscles and joints. This promotes movement without placing stress on the joints. Glenn explains that when one part of the body moves, another part of the body must also change and adjust to improve one’s balance when moving. With the right relaxation applied in one place, our body naturally creates movement without using muscle in another part of the body.

Glenn attempts to bring to students an awareness of how their body moves so that they can discern between muscles that they need and ones that they don’t need for creating a movement. (He will often use the analogy that people are like cars. When a person drives, he may forget to take the handbrake off. Though he can drive with the handbrake on, doing so will impede other aspects of the car’s functioning and performance.) It’s a similar situation to humans. They may forget to let go of muscles they no longer need to use for a certain movement. If these muscles are still being used, they may cause the student to lose balance and the unnecessary muscles may actively inhibit movement.

Glenn discloses that there is a small percentage of students who have done Tai Chi before but come to him seeking more in-depth instruction. They want to apply more of the philosophy of Tai Chi; investigate the movements more deeply and experience the cause and effect of the movements.

Glenn explains that he looks at Tai Chi like buying a car. If you go to Toyota, you can buy the most basic model such as the Yaris. From the Yaris you can go all the way to the top of the range to a Lexus.

We should not force a person to buy a Yaris when they want a Lexus and vice versa. Everyone has different wants and needs from Tai Chi. As a teacher Glenn feels it is his job to make sure that his students achieve the level of Tai Chi that they want and feel comfortable with whether that be rudimentary or the most advanced Tai Chi.

Finally, the ancient Chinese believed that effort and exertion that exercised only the body and not the mind was only half an exercise. For an exercise to be complete and useful, it needed to encompass both body and mind.

Tai Chi also teaches you effective mental relaxation techniques that enable you to remain in a relaxed state with a positive mental outlook yet still maintain the strength to face the pressure that living in our modern society places on us.[i]

Movements are controlled and deliberately slow, which

I came to Tai Chi through a friend who told me of the physical benefits. The class I belong to comprises such lovely people, and Glenn is such a patient teacher that I keep going.

There are some nonagenarians in our class. And they’ve been in Glenn’s class for decades. Elské Winten is one of them. We use both canes and swords in various ‘forms’ of Tai Chi. Elské lost the cane she uses in Tai Chi and said to me she felt so sad about losing it she felt she ought to confess to her mother.

That captivated me. Elské had had the cane since 1965, so she was genuinely distressed she’d lost it. That is when I decided there was a wonderful children’s book in her story.

Keep Informed - Subscribe Today!
Be the first to know when a new book is released, keep up to date with special offers or simply be notified when we post some new articles.

We use cookies on our website to give you the most relevant experience by remembering your preferences and repeat visits. By clicking “Accept All”, you consent to the use of ALL the cookies. However, you may visit "Cookie Settings" to provide a controlled consent.
Cookie SettingsAccept All
Manage consent

This website uses cookies to improve your experience while you navigate through the website. Out of these, the cookies that are categorized as necessary are stored on your browser as they are essential for the working of basic functionalities of the website. We also use third-party cookies that help us analyze and understand how you use this website. These cookies will be stored in your browser only with your consent. You also have the option to opt-out of these cookies. But opting out of some of these cookies may affect your browsing experience.
Necessary Always Enabled
Necessary cookies are absolutely essential for the website to function properly. These cookies ensure basic functionalities and security features of the website, anonymously.
Functional
Functional cookies help to perform certain functionalities like sharing the content of the website on social media platforms, collect feedbacks, and other third-party features.
Performance
Performance cookies are used to understand and analyze the key performance indexes of the website which helps in delivering a better user experience for the visitors.
Analytics
Analytical cookies are used to understand how visitors interact with the website. These cookies help provide information on metrics the number of visitors, bounce rate, traffic source, etc.
Advertisement
Advertisement cookies are used to provide visitors with relevant ads and marketing campaigns. These cookies track visitors across websites and collect information to provide customized ads.
Others
Other uncategorized cookies are those that are being analyzed and have not been classified into a category as yet.
SAVE & ACCEPT